On October 1, 2003 West Donegal Township and Mount Joy Township regionalized forming the Northwest Lancaster County Regional Police. The Northwest Regional Police department is located in the Northwest area of Lancaster County, Pennsylvania. The combined area of the townships is approximately 48 square miles, which includes significant business districts and industrial districts serving the middle to upper middle class residential areas with over 20,000 residents. NWLCRPD is currently composed of 19 Full-time Police officers which includes our Chief, Lieutenant, two (2) Sergeants, and three (3) Detectives. NWLCRPD also has five (5) Part-time officers. The Regional Police department is governed by a board of five commissioners, who are elected officials from each of the two municipalities, each appoints two (2) officials and a third is named on a yearly rotating basis.

The department has numerous specially trained officers who are assigned to specialized units within the department and the County. These include the County Major Crimes unit, County Forensics Unit, also the Northwest CRASH team, the first of Lancaster County, which is composed of six Police Departments from the Northwest area of Lancaster County and used for all serious vehicle accidents in the area. Several Officers are also members of the W.R.A.P. Team, again the first of its kind within Lancaster County, is the Warrant Recovery Action Program, which includes three municipalities involved in tracking down and recovering outstanding wanted persons for each department. 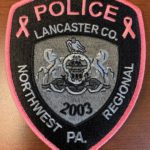