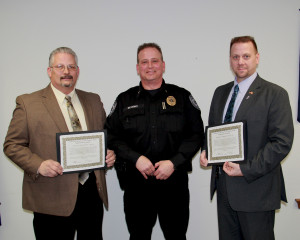 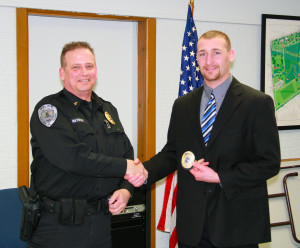 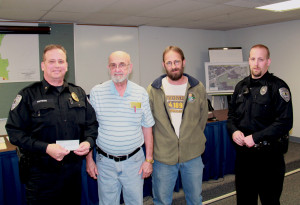 Award of Valor to Dr. Miles Newman
On June 1st, 2014 members of the Northwest Regional Police Department attended the Retirement gathering for an outstanding Community Volunteer Dr. Miles G. Newman.
Dr. Miles G. Newman D.O. has been the driving force for the Northwest Lancaster County Area Advanced Life Support organization since at least 1980. The 76 yoa, Dr. Newman affectionately known as “Doc” is most likely one of, if not the only physician in the nation who actively responds to many emergency incidents including vehicle accidents, shootings, and hemi attacks as well as many other tragic life threatening incidents when they happen! “Doc” has been commonly known to leave his medical office to respond to a crash to treat the injured, all as a volunteer!

Dr. Newman had also served for many years as a Lancaster County Deputy Coroner.
Dr. Newman has been volunteering his time developing many advanced life support response and treatment techniques in Lancaster County for almost 5 decades. Dr. Newman doesn’t only create these effective protocols, he continues to actively respond to the incidents and works right with the Medic’s on many of these tragic events in the field, saving Thousands, if not Tens of Thousands of lives over the years.

Dr. Newman is now retiring from his medical practice and the Northwest Regional Police Department felt this would be a great time to recognize this incredible community volunteer who has even treated police officers in the field who have been involved in Vehicle Accidents and other injuries over the years.

2013 DUI Top Gun Award
On June 16, 2014 The DUI Council of Lancaster County awarded Officer Tobias and other officers within Lancaster County for their appreciation of their untiring efforts and dedication in the battle against impaired driving.  This is Officer Tobias’ third consecutive time for this award.  Congratulations to all officers! 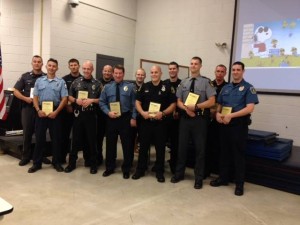 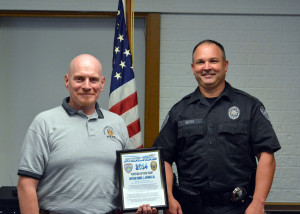 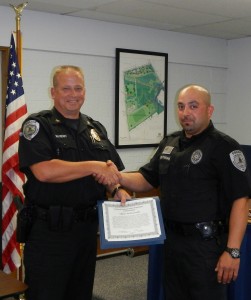 Jessica Tyson was given the commendation certificate due to her quick actions in help saving a three year old child from drowning. On July 3rd, 2015, a three year old child entered the pool area at the Shady Oak Apartments. The child was unattended and after entering the pool area sat briefly at the edge of the pool. The child then jumped into the pool and started to go under water. Jessica’s quick actions to get the child out of the pool were instrumental in preventing the child from drowning.

Wilson Dejesus-Laboy was also present and acted quickly to get the child out of the pool. Wilson will also receive a commendation certificate 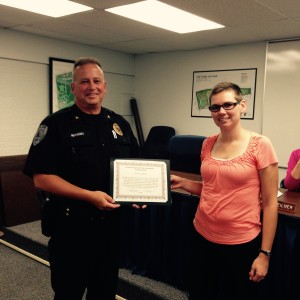 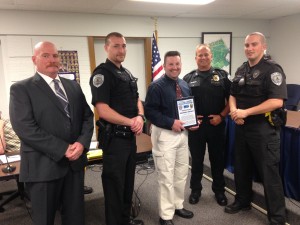 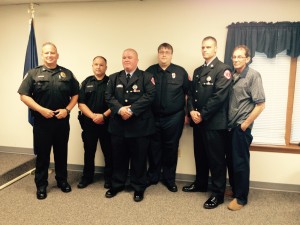 Last night at the Northwest Regional Police Commission meeting there were several awards presented to citizens of our community.

Officer Tobias did an award presentation to Firefighter Shawn Risser from Maytown Fire Department and DVM Benjamin Zimmerman from Companion Animal Hospital for their work during a water rescue of a canine “Charlie” stuck in an icy pond at Bear Creek Elementary.

Good job to all! 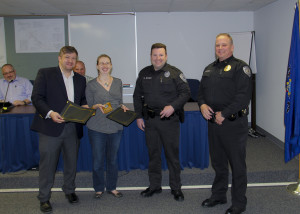 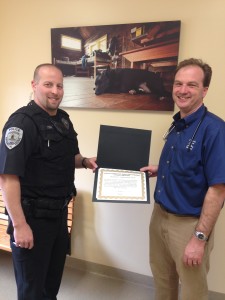 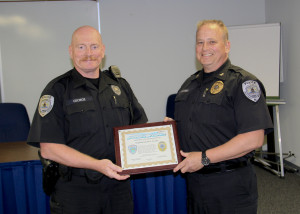 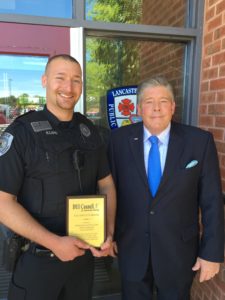